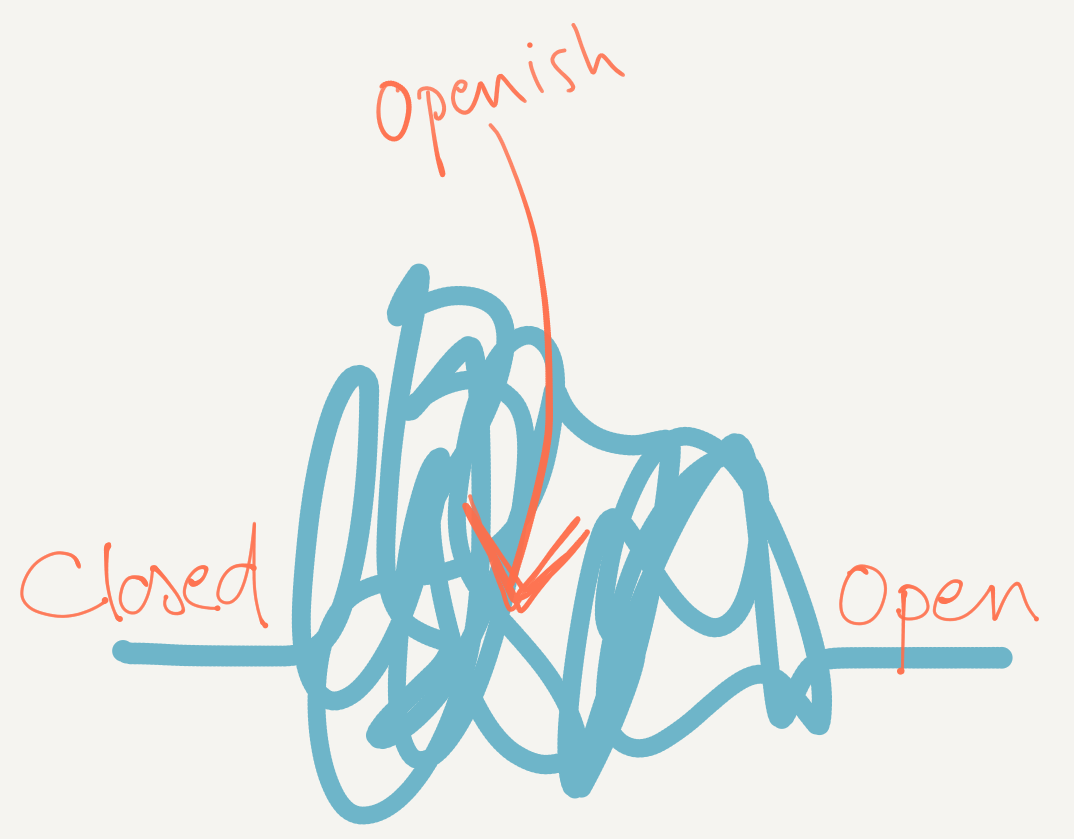 What better way to avoid writing up a research paper than writing blog post instead! As I head away from Edinburgh and the wonder that was #oer16 and the wonder that is #oerConf I will try to sum up the overarching theme for me from the last 2 days.

Having been involved in all of the OER Conferences (starting in Cambridge 2010) I feel like it’s evolved into something quite different from where is started (and that is a good thing in case you were wondering). What started out as a conference mostly about “resources” has become a conference where we explore what it means to be open.

Catherine Cronin set the scene for us (slide 15 is a good one) with the “considerations” and “interpretations” of open.

As “openness” has matured we have rightly expanded our understanding of it. Catherine is one of a few researchers who are now pursuing PhD’s in the study of open, an indication of our need to understand it in more depth (and going beyond resources).

In her keynote Emma Smith eloquently presented to us her own “open journey” and in particular the use of iTunesU as a platform for openly sharing her undergraduate lectures from the University of Oxford. With over 20 million downloads there is no denying the impact of such an endeavour, but some in the open community  would argue that iTunesU is nowhere near being open! (although it should be noted that all of the podcasts are available at https://podcasts.ox.ac.uk under open license but interestingly Emma didn’t focus on this in her presentation).

John Scully in his Keynote then provided an open journey perspective from the National Library of Scotland. In this journey he explored the role of a national library in archiving important (and some not so important) items digitally. Again this is a different interpretation of “open”, but still one which deserves to be identified as part of the open continuum.

My suggestion is that we should allow “open” to be a broad term and a continuum along which we progress. However, we should endeavour to describe all kinds of openness so that we can understand the relationships between them and the challenges associated with each.

The morning keynote today (Day 2) was the first time I have had the chance to hear Jim Groom talk face-to-face (and I wasn’t disappointed). The only way I can describe Jim’s work is that it is working “beyond open”. What I mean by this is that although we may have an open philosophy, we are still confined by restrictions (e.g. CC licenses), whereas Jim sees the web as one big openly shared set of content to be reshuffled, reshaped and reshared by everyone connected to it and living within it.

In Jim’s own words:

This is surely because in Jim’s eyes OER are still confined & restricted?  Confined to “repositories” and restricted by “license”. Jim’s nirvana challenges many conventions (not least the notions of copyright & content ownership) but it is important that we do reshape and re-challenge ourselves as a community.

Melissa Highton eloquently brought the conference to a close by bringing us back to what it means to be “open” in an institutional context. Whilst it may be argued that Jim Groom is challenging much of what Melissa discussed it is so refreshing to hear an IT Director talking about funding open as part of IT finance  – not something I have seen/heard before.

So what we have experienced over the past 2 days is that our definition of “open” is expanding, not contracting and that  we each have our own path to take on this open journey. We should also recognise that each of us will position ourselves in different places along the continuum, with Jim existing beyond it ?

What we can be sure of is that it will be messy, but we should perhaps not criticise those who do not make it to the nirvana, but celebrate their open achievements, not matter where they end up on the journey. 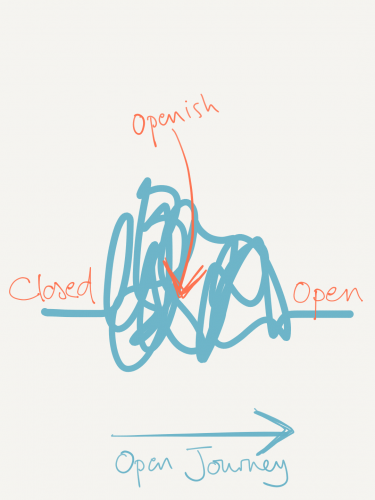 This work is licensed under a Creative Commons Attribution 4.0 International License.
Manage Cookie Consent
To provide the best experiences, we use technologies like cookies to store and/or access device information. Consenting to these technologies will allow us to process data such as browsing behaviour or unique IDs on this site. Not consenting or withdrawing consent, may adversely affect certain features and functions.
Manage options Manage services Manage vendors Read more about these purposes
View preferences
{title} {title} {title}

Having been involved in all of the OER Conferences (starting in Cambridge 2010) I feel like it's evolved into something quite different from where is started (and that is a good thing in case you were wondering). What started out as a conference mostly about "resources" has become a conference where we explore what it means to be open.

Having been involved in all of the OER Conferences (starting in Cambridge 2010) I feel like it's evolved into something quite different from where is started (and that is a good thing in case you were wondering). What started out as a conference mostly about "resources" has become a conference where we explore what it means to be open.